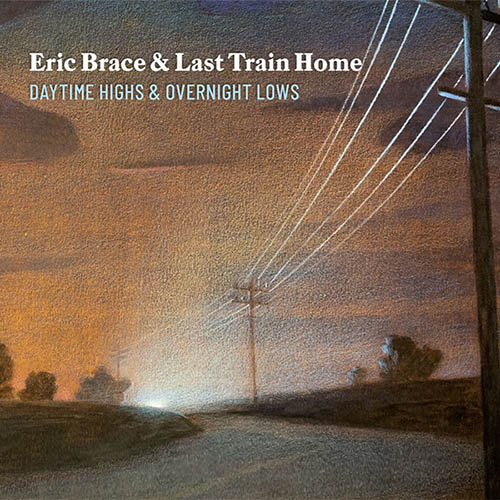 Daytime Highs and Overnight Lows (2020) is Last Train Home’s first new record in more than ten years.
From Eric: “One summer day in 2019, I walked up my East Nashville street carrying a batch of songs to Eric Fritsch’s Eastwood Studios, where I was joined by my fellow Nashvillians Martin Lynds (drums) and Jim Gray (bass) to lay down the rhythm tracks. After that, we recorded Jen Gunderman’s keyboard parts, along with my vocals and guitar, at Thomm Jutz’s studio outside Nashville. Then it was up to D.C. where Jared Bartlett tracked his guitar parts, my brother Alan’s harmonica and voice, Kevin Cordt’s trumpet and Chris Watling’s saxophone, Bill Williams and Scott McKnight’s vocals, and Dave Van Allen’s pedal steel. As Jared began mixing, Scott and Bill were also recording parts in their home studios and sending them to him – guitars, banjo, mandolin, keyboards. There were final touches added by guests Justin Moses (banjo), Thomm (acoustic guitar), and Lindsay Hayes (backing vocals). Jared took all these sounds and mixed them into a record that I think is truly a treat for the ears.” 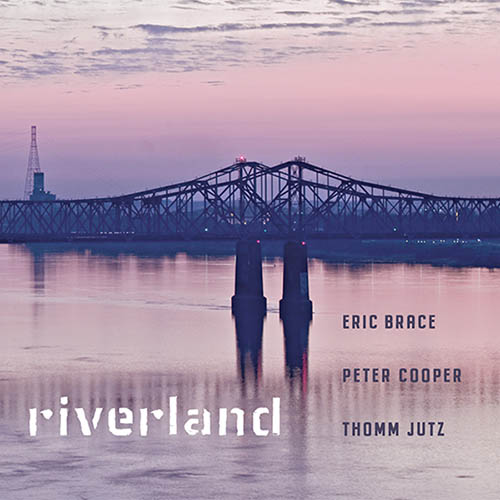 Riverland (2018) is a concept album about Mississippi — both the big river and the troubled-but-beautiful state — though Brace is a Washington, D.C. guy, Cooper is from South Carolina, and Jutz grew up in Germany’s Black Forest. The album features thirteen new compositions and one remarkable cover, from the pen of bootleg preacher Rev. Will D. Campbell, who spent his life working for equality and befriending an oddly endearing group of poets, prophets, and pugilists that included Tom T. Hall, Martin Luther King, Jr., and Muhammad Ali. Campbell’s “Mississippi Magic” is the album’s centerpiece, and his peculiar sensibility is also explored in “Tom T. and Brother Will,” a song about his friendship with country music’s greatest storyteller. 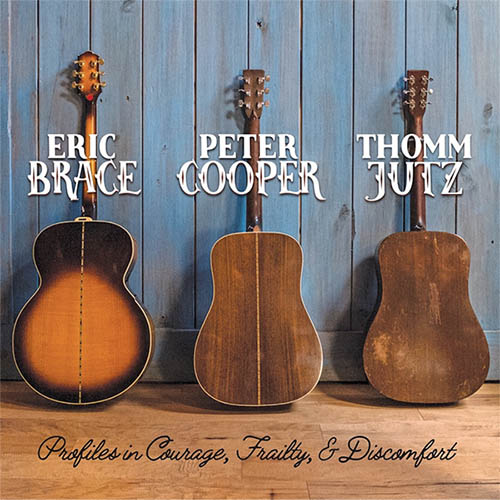 Profiles in Courage, Frailty, and Discomfort

Eric, Peter, and Thomm each have something distinct and slightly skewed to say about the world, and when they bring their singular perspectives to the trio table, it’s a perfect example of a whole being much greater than the sum of its parts. 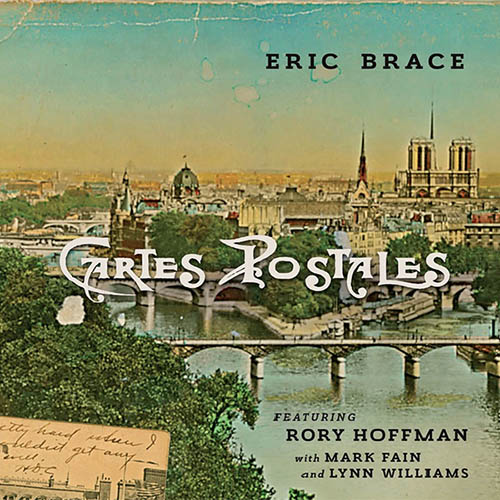 Eric called on one of the most extraordinary musical talents of our time, Rory Hoffman, to create Cartes Postales. Rory is a blind multi-instrumentalist whose facility with nearly any instrument you can name -- and with nearly any musical style you can name -- made him the obvious choice for the album. Layering track upon track of gypsy guitar, clarinet, accordion, piano, saxophone, banjo, harmonica, and more, Rory created a spectacular musical landscape, alongside bassist Mark Fain and drummer Lynn Williams. 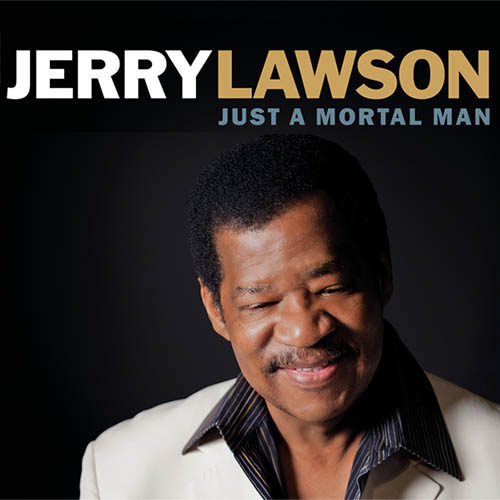 Jerry Lawson, lead singer and founding member of the Persuasions, makes his solo debut at 71 years old. With help from Grammy-nominated producer Eric Brace, Jerry makes the thirteen songs on 2015’s Just a Mortal Man his own, with elegance, heart, and soul. The album features songs from a group of writers including Paul Simon, Robert Hunter, Ayo, Phil Lee, Peter Cooper, and Brace. Jerry pays tribute to two of his heroes, recording tunes from the Temptations’ David Ruffin and Bobby “Blue” Bland. The recordings feature a core band of Nashville's finest: Joe Pisapia on electric guitar, pedal steel guitar, and bass, Jen Gunderman on keyboards, and Duane Blevins on drums.

While guest musicians like Jim Lauderdale and the McCrary Sisters also make appearances on Just a Mortal Man, the album is about Jerry, and his beautiful, powerful, rich, sweet, and smoky voice, heard in a way that it’s never been heard. 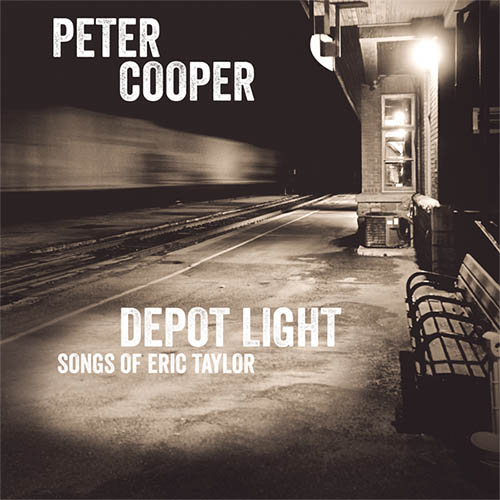 For his fourth solo album, Depot Light (2015), Peter Cooper has chosen to set aside his own powerful songwriting muse and record twelve breathtaking compositions by Eric Taylor. The Houston-based Taylor, who died in 2020, crafted his extraordinary songs for decades. A contemporary of Townes Van Zandt and Guy Clark, Taylor has been called "the Hemingway of our time" by Nanci Griffith, and if you don't know his body of work, these elegant interpretations (arranged by acoustic music maestro Thomm Jutz, with help from Justin Moses, Andrea Zonn, Pat McInerney, Mark Fain, and other stellar musicians), are an excellent place to begin your exploration. An album of depth and nuance, plot twists and texture, sadness and beauty. 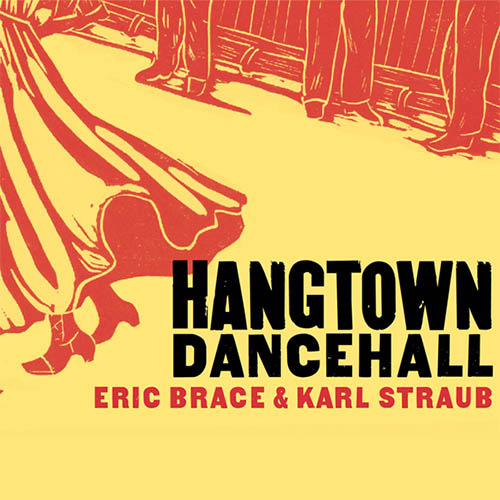 Hangtown Dancehall: A Tale of the California Gold Rush

Hangtown Dancehall (2014), Eric Brace & Karl Straub’s folk opera, is the story of two young lovers, Betsy and Ike, who leave their Missouri home for California during the Gold Rush. Eric first met the two characters in a folk song, "Sweet Betsy From Pike," that he heard in his childhood in Placerville, California. With Hangtown Dancehall, Eric and Karl tell the rest of Betsy and Ike's story.

CD includes lyrics and narrative in a 24-page booklet, featuring the art of Julie Sola. 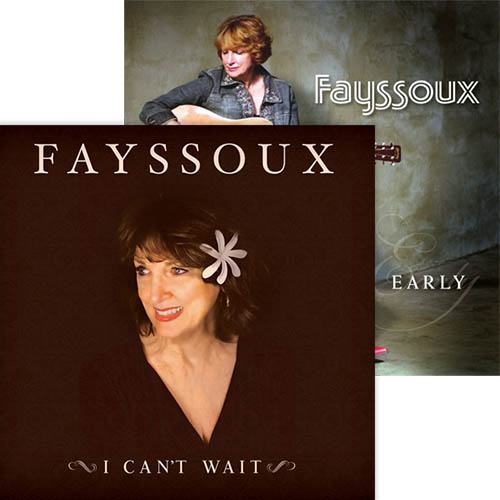 Includes Fayssoux records Early (2008) and I Can’t Wait (2014), both produced by Peter Cooper. Fayssoux's voice was an integral element of some of country music's finest recordings: she sang duet and harmony vocals on Emmylou Harris' "Green Rolling Hills," "Spanish is a Loving Tongue," "Bluebird Wine", "Too Far Gone,” and more. After years out of the recording business, Fayssoux was rediscovered by music journalist, author, and singer-songwriter Peter Cooper, who convinced her to return to performing. 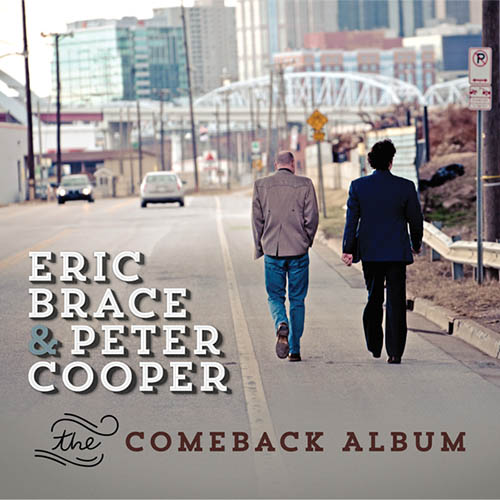 “You can rely on these guys; if it’s got either of their names on the cover, then just get it. If it’s one of their occasional collaborations, you’ll be doubly rewarded. Gram Parsons’ old road manager calls them the Neverly Brothers, a name which fits with their own self-deprecating humour whilst paying respect to the quite wonderful harmonies they produce when they sing together... The more you listen, the more you appreciate the qualities that make it so comfortable and, like all of their music that I’ve ever heard, you’ll just keep going back to it to remind yourself just how easy and beautiful music-making can be. For their 'comeback,’ Brace and Cooper have made one more album to make the heart glad in the years to come.” – No Depression 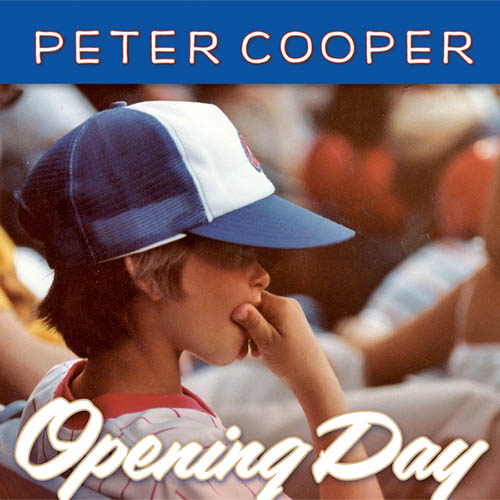 "In short, it’s an album rippling with all the heart and humanity of a great Peter Cooper editorial." - CM Wilcox, Country California

“The first time Peter Cooper played me a song I knew that he wasn't just a journalist but rather one of my generation's truest and most thoughtful songwriters. And we're close buddies, too, so I already have his new album. It's f***ing great... Did you ever hear what Kris Kristofferson said about him? That's what I think, too.” - Todd Snider 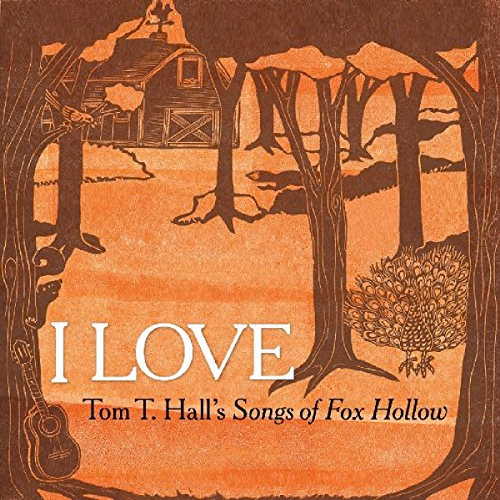 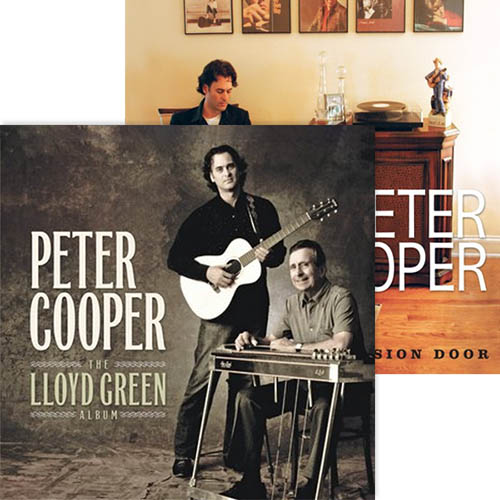 Mission Door is the debut album from Peter Cooper, a songwriter from East Nashville, Tennessee. The Lloyd Green Album, a duo recording of voice and pedal steel, was inspired by the instrumental work of Lloyd Green, who has recorded with country greats for five decades.

“Peter Cooper looks at the world with an artist's eye and a human heart and soul. His songs are the work of an original, creative imagination, alive with humor and heartbreak and irony and intelligence, with truth and beauty in the details.” - Kris Kristofferson 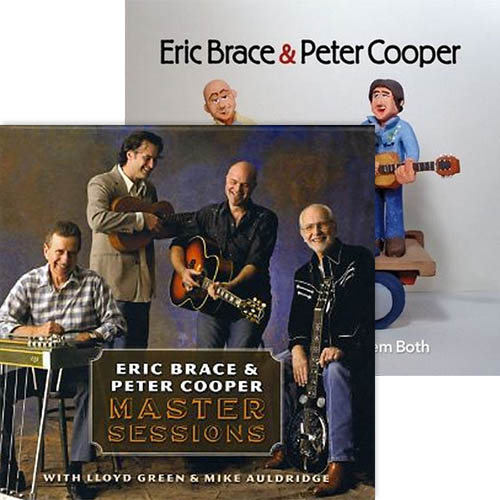 You Don't Have to Like Them Both + Master Sessions [bundle]

Eric Brace & Peter Cooper (plus a stellar band) combine forces on their own songs and on songs by Kris Kristofferson, Jim Lauderdale, Todd Snider, David Olney and more on You Don’t Have to Like Them Both.

Master Sessions was made with the duo’s two instrumental heroes, Mike Auldridge and Lloyd Green. Mike and Lloyd both say they rank these recordings with their finest and most fulfilling. Eric and Peter can say the same, while being able to add that they've made a record with their heroes. 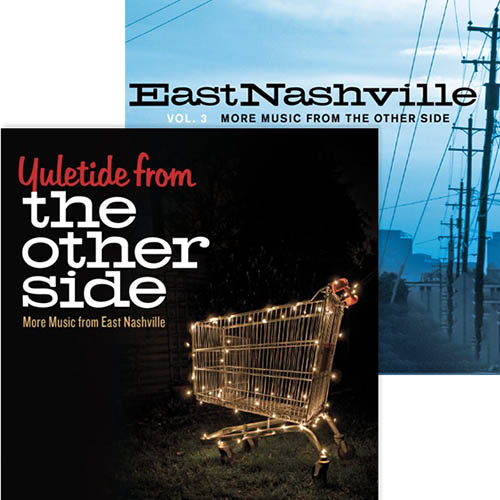 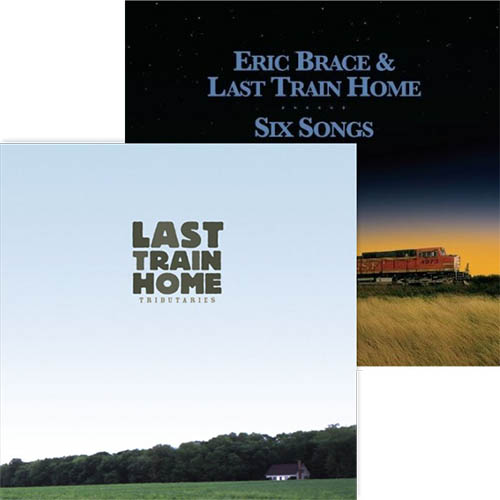 Includes Last Train Home’s two EPs, Tributaries (2001) and Six Songs (2009). Tributaries is a collection of songs contributed over the years to various tribute and compilation CDs. Six Songs includes some swing-era standards interpreted as only Last Train Home would do them, along with a couple hard-driving rockers. This EP is a great reminder of LTH's fearless and joyous eclecticism. Karl Straub is a world-class original on electric guitar, and he joins the band here on all six songs. 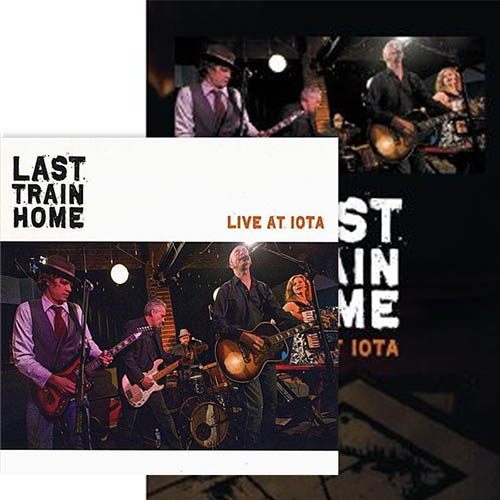 CD:
1. Tonight I'll Be Staying Here With You
2. My Sally
3. Tonight
4. Flood
5. Quarter to Three/Come Back, Baby
6. Hendersonville
7. Dogs on the East Side
8. I Flew Over Our House Last Night
9. Louisiana/Tonight the Bottle Let Me Down/Ain't Living Long Like This
10. Gravedigger's Blues
11. Lover's Farewell
12. Walls of Time
13. Say Won't You Be Mine 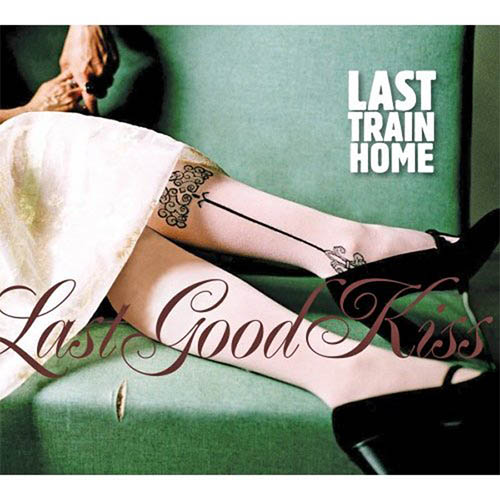 After ten years together, Last Train Home has made the finest album of its career, Last Good Kiss (2007). Core members Eric Brace (lead vocals, acoustic guitar), Jim Gray (bass), and Martin Lynds (drums, harmony vocals) all moved to Nashville from Washington DC in 2003, the same year their band was named D.C.'s "Artist of the Year." In Nashville, they teamed up with keyboard player Jen Gunderman (The Jayhawks) and guitarist Steve Wedemeyer, both of whom add depth and beauty to LTH’s core sound through their extraordinary musicianship.

“If there’s a consistency to the songs on this album, it’s that they’re all consistently excellent. Brace delivers the vocals with sincerity and authenticity that is nearly devastating—every note and phrase rings of heart-felt and life-lived truth. And if there is a better vocalist working the scene at this time, I really don’t know who it could be. Eric Brace is the real deal. Last Good Kiss is a significant step forward in the evolution of a great band, and could very well be the best album of their career.” - Hermon Joyner, Audiophile Audition 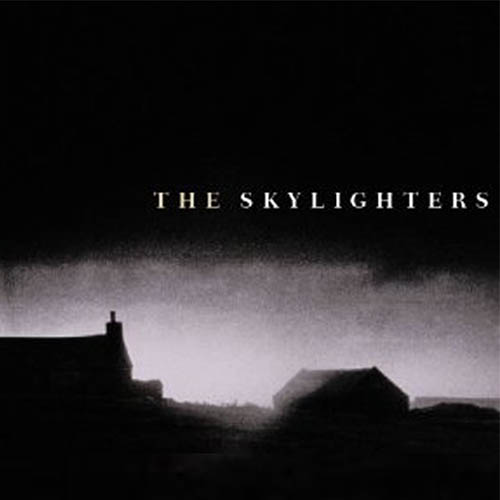 The Skylighters is the eponymous 2006 release by this stellar band made up of members of Last Train Home (Eric Brace, Jim Gray, Martin Lynds), plus bluegrass legends Mike Auldridge and Jimmy Gaudreau. (You'll know Mike for his work as founding member of the Seldom Scene and Chesapeake, as well as his work with Emmylou Harris, Lyle Lovett and many more. Jimmy was in the Country Gentlemen, Spectrum, the Tony Rice Unit, the Emmylou Harris Band, and many more.)

"A seamless and stirring mesh of talent...While this nearly all-acoustic set does feature some bluegrassy moments, the album defies easy categorization...All of it is held together by the sublimely soulful feeling that is a hallmark of Last Train Home." - Nick Cristiano, Philadelphia Inquirer 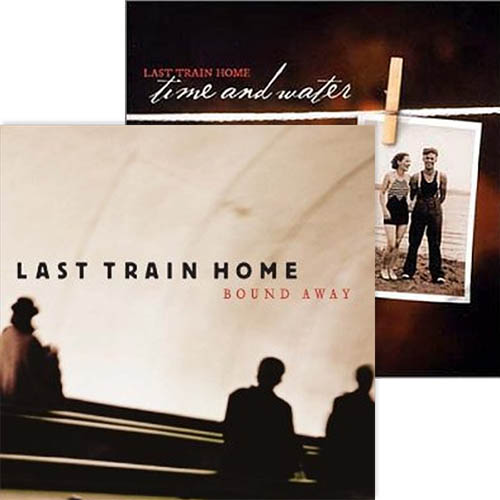 Time and Water + Bound Away [bundle]

"...Enough soulful ballads and mood-shifting treats to make you wish they'd reconsider their Nashville travel plans..." - The Washington Post, on Time and Water.

Bound Away:
1. Marlene
2. Dogs on the East Side
3. Hendersonville
4. Tonight I'll Be Staying Here With You
5. Rye Whiskey
6. To Her Door
7. They Dance Real Close There
8. Gravedigger's Blues
9. Flipping Quarters
10. Matchbook Message
11. Train of Love
12. Bound Away 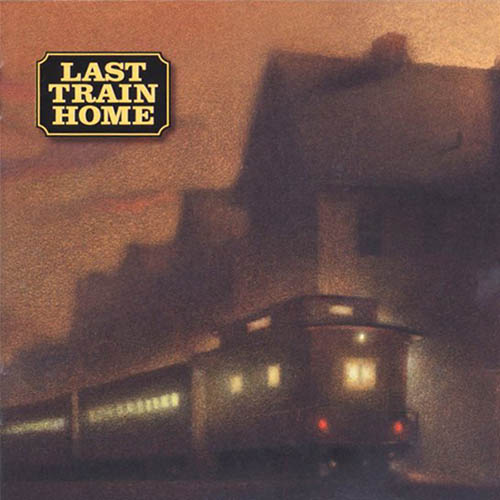 This is the 1997 debut by acclaimed roots rockers Last Train Home that put them on the alt-country map.

"Last Train Home's eponymous debut album resonates with love songs, more often than not the sad, haunting and unresolved kind. It's the stuff of great country music, of course, but [the band is] careful not to let unruly honky-tonk romps get in the way of tortured or torchy heartache." - Mike Joyce, The Washington Post